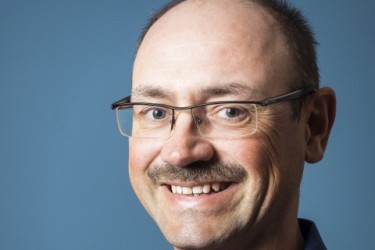 Pierre Dickner is the Executive Director of the Edmonton Volleyball Centre Society (EVCS). He has spent his entire career in the field of sport and recreation. Pierre graduated from the University of Alberta with a Bachelor’s degree in Physical Education and Recreation with a specialization in Administration. His career started with the Edmonton & District Soccer Association later taking on a new challenge with the University of Alberta as the Program Coordinator in the Campus Recreation department before taking on his current role.
Pierre joined the GO Community Centre Board in 2015 when he took on the role of the Executive Director for EVCS. Pierre is one of the representatives for Volleyball on the Board of Directors; where he is using his experience of administration in the field of sports and recreation to advance the mandate of EVSC and to be an advocate for the benefits of an active and healthy lifestyle.
Pierre volunteers his free time as a coach with the Edmonton Youth Softball Association as well as he sits on the Board of Directors.

‹ View All Board Members